A really good business space unit of just on 4,000 sq ft in the Millbrook Business Park has had its rent reduced to £18,000 pa which equates to only £4.50 per sq ft. This is very competitive in today’s market. This building offers considerable scope for a business needing a variety of accommodation to include workshop, storage + admin. and sales offices. Lawson Commercial partner Chris Lawson said: “This building is well worth viewing to appreciate what is on offer. It includes a mixture of workshop, offices and storage, all in very good order.  There is some air conditioning, gas central heating, lots of new suspended ceilings + new decorations making it ready for immediate occupation. There is also scope to change the arrangement if the present configuration is not quite suitable . Even the freehold can be bought with vacant possession if desired.” Call Lawson Commercial for more information. 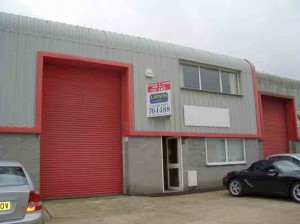 Lawson Commercial are marketing a car repair workshop with some very useful workshop/store/industrial accommodation suitable for a variety of B1/B2 businesses. The unit is part of a garage complex in Ninfield where there is already an MOT facility, a unit selling oak furniture and a business that manufactures marble & granite kitchen worktops. This unit was formerly used for vehicle repairs but is ideal  for a variety of other business uses and comprises just under 2,700 sq ft with a 466 sq ft mezzanine platform. The unit is available at £12,500 pa. For more details contact Lawson Commercial on 01825 764488. 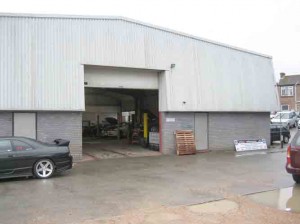 Lawson Commercial have been instructed to market two premises ideal for a small industrial-type business. Unit 2 Lexden Lodge Industrial Estate in Jarvis Brook, Crowborough is a small industrial unit of just over 600 sq ft with 2 car parking spaces and is available on a new lease at a rent of &pound6,500 pa. Also available is a small industrial unit at Croft Works, just off Diplocks Way in Hailsham. This building offers 819 sq ft on the ground floor and has a small mezzanine floor installed giving 1,145 sq ft of space in total with some car parking at the front. Offers are being sought in the region of £95,000 freehold. Both these units are in great locations for a small business. Lawson Commercial partner Chris Lawson said:’It is always good to have some small units available for business start ups as often we get calls from people who think 1,000 sq ft is too big for them. These 2 units are well under that size category and hence are not particularly expensive so should have a wide appeal. Also it is pretty rare to have a small freehold to sell’. For further information contact Lawson Commercial on 01825 764488. 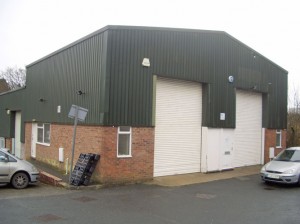 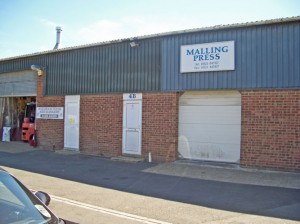 Lawson Commercial have let the former Clive Christian premises at 7 London Road, Tunbridge Wells, a very prominent position in the Town. Clive Christian is relocating from Tunbridge Wells to Harrods in London. The premises have been let to the Le Papillon Patisserie UK Ltd who have been in operation since 1992 first in Muswell Hill, Soho and then in Woking, Surrey. More recently they have been renovating the Chateau de la Roche in France to create a school of learning for people who want to obtain skills in fine baking and patisserie. They are now coming to Tunbridge Wells and will be using the ground floor of the premises as a retail shop and the basement as a kitchen/bakery to prepare the patisserie and bread. The business is run by Harpal and Chris Pollard, both very experienced in the baking and patisserie trade. Chris Pollard is a Master Baker and has won a number of awards including Baker of the Year in 2002 and his partner Harpal is a Patissier and won the British National Chocolate Award in 1994. This imposing period property occupies a very prominent position at the junction of the High Street and the A26 London Road and offers just over 2,000 sq ft of accommodation on 5 floors. The entire building has been let on a new 10 year lease. Richard Oldfield of Lawson Commercial who handled the letting said: ‘I am delighted that we have been able to attract such an interesting and innovative business to Tunbridge Wells and I am sure businesses in the immediate locality will benefit greatly although not perhaps their diets! ‘ 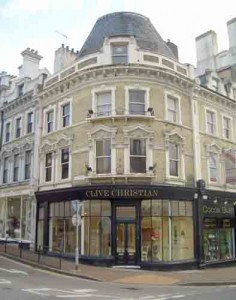 In October 2011 Lawson Commercial partner Chris Lawson wrote a comment on the Colliers International first ‘Footfall Focus’ report which concentrated on High Street footfall in the U.K. Colliers report was giving evidence that, in some of the major High Streets in towns and cities around the U.K., footfall was falling. Chris made the point that demand for retail premises in the Wealden area remained exceedingly strong and that there were less shops available in Uckfield, Heathfield and Crowborough than for several years previously. This is now borne out by the fact that all the available shop premises that Lawson Commercial have been instructed to market in Uckfield High Street are now either let or under offer and they have nothing currently available to offer prospective occupiers. The situation is not a lot different in Crowborough with nothing available in Croft Road or the High Street and only one shop available in Heathfield. Chris Lawson said: ‘Since the start of the year we have noticed a strong demand for shops in the Wealden area from a variety of local retailers. and some are existing businesses with shops in other towns who want to open another branch. Not all the enquiries are from coffee shops and charities as some people complain. What is interesting is that, despite the national economic picture of doom and gloom, demand locally is very healthy and there is a great shortage of supply. Thus, if you are a retailer who is finding trading tough and you would like to market your premises then do give us a call. We would be very pleased to hear from you.’ Contact Chris Lawson or Richard Oldfield on 01825 764488. Chris Lawson’s comment on the Colliers International Footfall Focus report may be found in our October 2011 blog section.

Lawson Commercial have let a storage unit, known as the Dijon unit, behind Trading 4 U and just off the High Street, to ADS Coffee Supplies who have moved from Sevenoaks. They specialise in the supply and maintenance of coffee machines to a variety of commercial business concerns and have taken this 2-storey storage unit of just over 3,500 sq ft. Richard Oldfield of Lawson Commercial said: ‘This is an unusual amount of space to find right in the heart of the town centre and we are delighted to have attracted a new business from outside the area to Wealden.’ 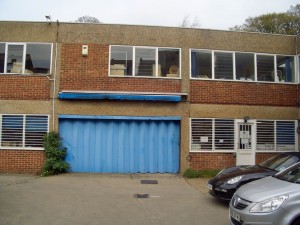 To encourage early occupation the rents at 1 & 2 Windsor Business Units on the Farningham Road Estate in Crowborough have been reduced making a modern 1,578 sq ft industrial unit with 5 car parking spaces now available at a rent of £11,000 pa. Lawson Commercial partner Chris Lawson said: ‘This represents extremely good value for money. The landlords have reduced the rent to attract a new tenant as soon as possible and these buildings really are worth inspecting.’ Already Unit 1 has gone under offer but Unit 2 is currently still available. So if you want to take advantage of this great deal don’t del;ay – ring us now or send us a quick email. 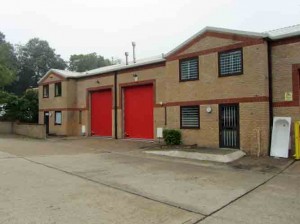 Lawson Commercial have just been instructed to market Melody House which is a very striking modern warehouse on the Farningham Road Estate in Crowborough. The warehouse is just over 6,500 sq ft with some very smart offices at 1st floor, In all there is some 9,384 sq ft with plenty of car parking and a good lorry turning area. The residue of a 15 year lease from August 2001 is available at a current rent, recently reduced, of £52,900 pa making it a very competitive  £5.63 per sq ft overall. There is also the possibility of a new lease being available subject to negotiation. Lawson Commercial partner Chris Lawson said: ‘ This really is a very smart modern building, constructed about 10 years ago, which has been well maintained by the current occupiers. It is not often that we get a building of this quality and size available in Crowborough so it is well worth considering’. For full information contact Lawson Commercial. 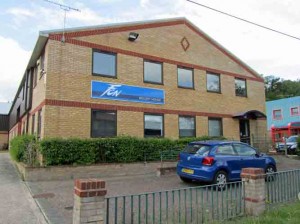 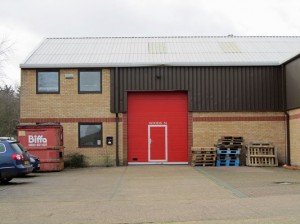 The national media seems to be obsessed by the euro and predicting the end of civilisation as we know it. However there is more to businesses than just the euro and during the course of 2011 we experienced a strong business community in East Sussex. There is evidence of good news but you will struggle to find it reported widely in the media.

What was noticeable in 2011 was the demand for freehold commercial buildings throughout East Sussex. Lawson Commercial were successful in selling freehold factories in Ninfield, East Grinstead, Crowborough and several in Uckfield. Lawson Commercial also sold freehold offices at Office Village in Uckfield, London Road in Burgess Hill and Maypole Road in East Grinstead as well as investments in Uckfield, Haywards Heath and East Grinstead. Many of those transactions were to owner occupiers who were securing premises to run their businesses from and clearly those businesses were able to obtain the necessary funding.

Lawson Commercial partner Chris Lawson said: ‘We do seem to get mixed messages in the marketplace. Already in 2012 I have been telephoned by representatives of Barclays, Lloyds TSB and NatWest all claiming to have money available to lend and asking me to send them recommendations. The shops market in some of our popular East Sussex towns remains strong with very few available premises. We have recently completed successful shop lettings in Uckfield, Heathfield, Crowborough and Bexhill. For those towns in Wealden maybe the impact of free car parking for shoppers is having a significant beneficial effect as compared with some of the bigger towns where parking costs are a major factor.’

Lawson Commercial are looking forward to 2012 with the hope that the commercial market will continue to improve both in the supply and demand for commercial buildings.