If you are the type of business that needs to work in a clean room environment then we have the ideal unit for you. One of the smart, modern units at the Stonecross Business Centre in Laughton has been fitted out as a clean room. It looks impressive and the actual clean room area is some 615 sq ft with natural light being provided from a double glazed glass panel which has been constructed behind the electric roller shutter door. Dado trunking and eco vinyl interlocking flooring tiles have been used to create a great facility. There is also access at the rear to a tea station, and cloakroom plus stairs to a mezzanine storage area which runs from front to back in the Unit giving a further 378 sq ft giving a total floor area of 1,295 sq ft.

It is unusual to have a unit like this fitted out and, from time to time, we do receive enquiries for this type of facility. If not required it can be completely removed to provide good, clear business space. The unit is available on a new 6 year lease at rent of £9,500 pa. If you would, prefer to buy the freehold offers will be considered. Well worth considering a viewing but please contact us first to make an appointment. 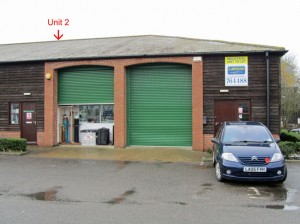 The asking rent on 188 High Street, Uckfield, the former Pizza Zone premises, has been reduced to £18,000 pa. This represents very good value for money for a shop with A3 on the ground floor and having a self-contained 3-bedroomed flat above. The premises occupy an extremely prominent position on the corner of the High Street and Hempstead Road, being immediately next to Barclays Bank. If the cold room was removed then the ground floor are could be maximised for catering uses – either a restaurant or takeaway. There is also the possibility of the freehold being available. So well worth getting in touch and arranging to view.

We have been asked to market one of the rather smart units at St Florian House in Brooklands Park on the Farningham Road Industrial Estate in Crowborough. Why the buildings are called St Florian House is not clear but according to Wikipedia St Florian is the patron saint of chimney sweeps, soap makers and fire fighters! As far as we know there is no connection with any of those trades and this unit but it is a jolly fine name nonetheless.

The unit we are marketing is the middle unit of a terrace constructed only a few years ago and offers very good accommodation. There is a part mezzanine floor running front to back so it does not interrupt the loading access via the electric roller shutter door. There is useful office accommodation together with some storage and a further potential office on the mezzanine. Overall the unit is some 1,800 sq ft and is available on a new lease at £11,000 pa. We do not expect this unit to remain available for long as it is competitively priced to let quickly. 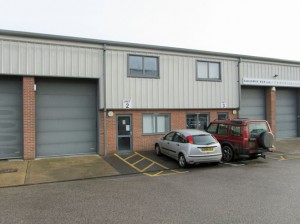 If you are looking for somewhere to park your collection of buses we have got the ideal site for you at 23 Bell Lane, Uckfield. Many who are local will remember it as the old Gamble Jarvis Plant Hire depot but, since then, planning consent has been obtained for use of the site as a coach/bus hire services centre plus full PSV parking. You do not get very many sites with that consent so it is a bit of a rarity. There is a good yard of some 13,000 sq ft and the whole site is about 0.5 acres. It has a building at the front with some admin offices at 1st floor and a very useful showroom on the ground floor plus some ancillary space behind. At the rear of the site is a brand new servicing building which was designed originally for the servicing of coaches and buses. The rolling road has been removed but could be reinstated and there are 3 electric roller shutter doors.

The company that have the lease would like to operate their break clause so there is an excellent opportunity to have the use of this site for a short period on a sub-lease expiring in January 2015. This means that you could see whether it was going to be suitable for your purpose and have the option to walk away from the site in January 2015 or alternatively take a new lease. If the existing term is not suitable then the Landlords have indicated that, subject to negotiation, they would be prepared to take back the current lease and grant a new one. So there is lots of flexibility and lots of options. 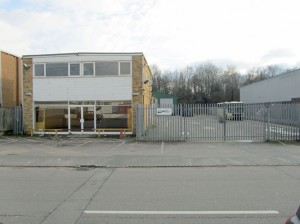 Pentagon House on the Farningham Road Estate in Crowborough has seen a further price reduction to try and encourage an early sale. This really good spacious warehouse of just under 10,000 sq ft sitting on a 0.75 acre plot is now only £650,000 freehold. It represents a fantastic buy at this level and the owners have indicated they will even consider offers on this figure for a quick cash deal. Give us a call today to arrange a viewing. 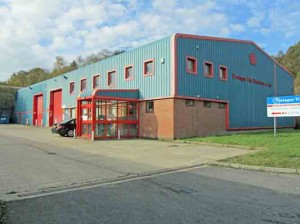 Lawson Commercial have been asked to find tenants for the former bodyshop premises at 52-60 Bell Lane, Uckfield formerly occupied by Autoshape. The premises comprise 5 individual units. all with B2 planning consent, behind a secure palisade fence offering some first class accommodation for the smaller industrial occupier. The units are all of a similar size with several being around 1,400 sq ft,. Some have mezzanine space and one, having an extremely smart reception area, is around 2,200 sq ft.  There is a store of some 980 sq ft. The rents are very competitive and sensible in today’s market. They start at £11,000 pa for one of the smaller units and provide really good workspace. 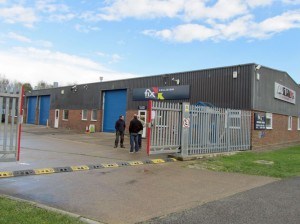 It was January 1988 when Chris and Julia Lawson first set up their commercial estate agency practice then known as Chris Lawson & Co and which was rebranded as Lawson Commercial in 1990. Having worked for one of the big Sussex firms for 10 years Chris found it quite a dramatic change to be working on his own from home initially and at times a bit lonely – despite the assistance of the then canine team. The highlight of 1988 was acting for Wyncote Developments plc who won the tender for the site which is now Tesco’s supermarket. Since that time the firm has gone from strength to strength and has been involved in many of the important developments in the Wealden area including the office developments at Falmer Court. Office Village and Horsted Square as well as the new shops in the Bell walk shopping complex which were completed at the then end of the 1980s / start of 1990s.

The firm has grown steadily over the years and now boasts a comprehensive team offering a full commercial estate agency service including professional work such as rent reviews, surveys, valuations, rating appeals and commercial management as well as the usual functions of marketing all types of commercial property. The staff are still ably supported by a canine team currently Barney, Bart, Toffee and Clio.

We start 2013 with two of the most important instructions in the area for many years. The first is the sale of the Ashdown Business Park at Maresfield,  now finally in one single ownership, some 30 acres with planning consent for 240,000 sq ft of office and industrial property. The second is the sale of the former RVL site at Squires Industrial Estate, Easons Green which is just over a mile from the A22 junction at Halland and which is an 8.4 acre site having 8 buildings comprising some 47,000 sq ft of existing accommodation and capable of further development subject to planning.’

The firm will be celebrating their 25th Anniversary with a function in the warmer summer months. 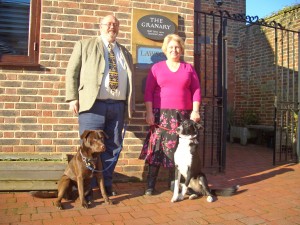 Chris & Julia with the youngest members of the Canine Team