As 2013 draws to a close it is interesting to look back on this year and compare it with previous years. There is no doubt that, as 2013 progressed, business confidence grew significantly and improved in all sectors. Since the recession in 2008 activity in the commercial property market overall has been subdued, demand fell noticeably and values eased in a downward direction. That all changed at the start of 2013 as we saw a distinct improvement and this grew throughout the year.

Of particular note was the take up of industrial space particularly in Crowborough. In 3 transactions agreed by Lawson Commercial some 26,000 sq ft has been occupied including a new unit for Howdens Joinery, the sale of the former Pentagon Tiles building to Windmill Feeds and a deal which is about to happen hopefully before Christmas on the former Martin Story building. All significant transactions showing that demand has grown.

Another significant transaction in 2013 was the sale of the former RVL site at Easons Green. Lawson Commercial were instructed by a Receiver to sell this site, some 47,000 sq ft in 8 buildings spread across 8 acres. After going to best bids a sale was agreed to a local investor and the site is now being refurbished and split up. Thus 2013 in terms of transactions has certainly been the best year since 2006/7. In the final quarter of 2013 we have agreed more lettings and sales on commercial buildings than in any quarter over the previous 5/6 years.

As the year progressed we saw traffic to our website dramatically increase. In January we were recording around 1,500 individual visitors per month but by November this had doubled to around 3,000 per month of which some 2,200 were new visitors.

The retail market in the core Wealden towns of Uckfield, Heathfield and Crowborough remained strong throughout the year with few shops becoming available. Certainly the national picture of a high proportion of retail premises being available was not seen here. My speculation is that part of the reason for this is the Wealden Council policy of free car parking. High car fuel costs and high parking charges in towns such as Brighton. Tunbridge Wells and Eastbourne meant shoppers were more inclined to initially look locally.

Even the office market, probably the most sluggish in recent years, is showing signs of activity  During the latter part of 2013 there was a significant upsurge in enquiries right across all size categories and what was particularly interesting was the demand for small suites suggesting that first time businesses or those people looking to move from working at home are back with confidence to go out and take their first proper commercial premises.

As 2013 draws to a close the record number of transactions in the final quarter both of freeholds sales and lettings put into solicitors hands could lead to a shortage of available commercial premises and that will have an impact on rents and freehold prices. There has been little problem for owner/occupiers wanting to, purchase freehold premises as bank funding seems to have been readily available provided the occupier had a minimum of 25% deposit. Of more concern was the fact banks would not support small residential and commercial developers who were looking to create new units on a speculative basis and there has been little new build anywhere in the Wealden area for the last 5 years. If in 2014 the demand continues to rise and there is a lack of available buildings then we will start to see rents and freehold prices rise particularly as competition for available space becomes more intense. Currently we are going to best offers on the Old Fire Station shop in Crowborough High Street and also on a 1,900 sq ft industrial unit on the Bell Lane Estate in Uckfield. This is becoming a more frequent occurrence and underlines improved business confidence and demand for commercial buildings. Several recent transactions which went into solicitors hands have also resulted from going to best offers.

At Lawson Commercial we look forward to 2014 with renewed enthusiasm and optimism. At long last perhaps we are seeing the business community pull out of the recession and let us hope that this is sustained during the course of 2014. We need more properties to market to the ever increasing number of applicants on our books seeking commercial property of all types and sizes. I also suspect that as 2014 draws to a close we may well see a pause in activity as the general election approaches in 2015. Business confidence will again be a little nervous with potential political uncertainty. So now is the time if you are considering a move.

Finally on behalf of Lawson Commercial I would like to wish all clients, applicants and friends a Happy Christmas and Prosperous New Year. 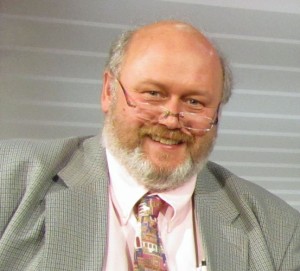 Are you the sort of business that needs some flexible space? Perhaps you make something or assemble something but don’t need an 18 ft ceiling height. Then Horsted Square in Uckfield could be the solution to your accommodation requirements. We have got a unit with some really useful space on the ground floor which is ideal for light assembly or manufacturing or could be turned into additional office accommodation depending upon requirements.  Above this is a nice light, airy office suite with 4 individual offices and one big open plan area. The suite has lots of glazed partitioning plus a kitchen and w.c. accommodation. The two floors can be let together or separately and are available at a very competitive rent of £7 per sq ft overall. There is also lots of car parking available. Give us a call for more details. 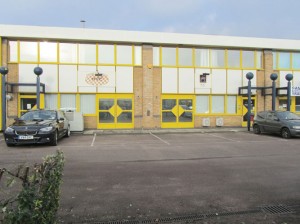 During the course of 2013 there have not been very many large buildings available. Most have been under 5,000 sq ft. So if you are looking for something a bit bigger we might have the solution for you. We have just been instructed to start marketing Building 4 at the Knights Business Centre on the Squire Farm Industrial Estate at Palehouse Common. This is only just over a mile from the A22 Halland junction so has easy access to the A22 and is not too far from Uckfield town centre either.

This is a modern steel frame building with 7 loading doors, being just over 7,000 sq ft and 24ft to eaves and with a very useful 7,500 sq ft of yard. If you want more yard it can be available subject to negotiation as there is plenty on site. Ideally the property is available to rent but the owner will consider offers for the freehold. Thus an interesting opportunity for someone seeking a larger unit. 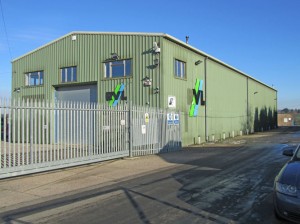 It is not often that you get a self-contained office suite which is both ground & 1st floor and has car parking. Lilac House in Whitehill Road, Crowborough has just become available and is to be completely redecorated and recarpeted throughout. It is an attractive suite with 2 rooms and kitchen on the ground floor and a large open plan twin aspect 1st floor, some 765 sq ft in total 4 car parking spaces are allocated at the rear and there is free car parking in Whitehill Road itself including immediately outside the building.

The property is centrally located and easy to get to as well as being competitively priced for an early letting. 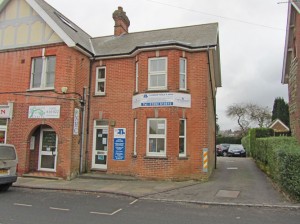 The 1st floor offices at 87 High Street, Heathfield over the top of Costa Coffee have been let to Romford based Lodge Group Care UK Limited. Although the main business is in Rickmansworth, Hertfordshire the proprietors live in the Heathfield area and need an administrative office here as this business is expanding. This is yet another example of increasing business confidence and we are very pleased to have found such a quality tenant for this delightful, light, airy office suite of some 900 sq ft which benefits from the great smell of roasted coffee from below. 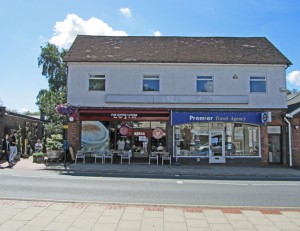 As we enter the final month of 2013 it is interesting to reflect on just how active the market has been in the second half of the year. There is no doubt that business confidence has finally received a major boost and has greatly increased. This has led to a large number of transactions in the second half of the year and many of the buildings which had been perceived to be sticking somewhat have now found occupiers.

In fact we are becoming short of properties to market, be they shops in the Wealden towns, industrial buildings in the 2-5,000 sq ft size category or even offices, particularly in Crowborough and Uckfield,  whilst having a vastly increased number of applicants who are now seeking premises to operate from in 2014.

Give some thought as the year draws to a close as to what your are going to do in 2014 . If you have some surplus space or plan to vacate where you are currently  give Chris or Jeremy a call. There are no fees for an initial discussion and we may have just the occupier to suit your premises. 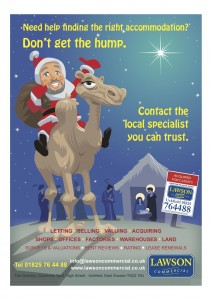