2014 has been another busy year for Lawson Commercial. Business confidence continued to grow following the beginnings of improvement in 2013. A wide variety of commercial buildings were let and sold during the course of the year. One of the more interesting properties we dealt with included a redundant pub at Punnetts Town on the outskirts of Heathfield which was in a poor state of repair. There was considerable interest in this property and it went to best offers finally selling for a figure in excess of the asking price. A dental property in Bexhill was sold and a mission hall in Tunbridge Wells which also saw strong interest reaching a price well in excess of its original guide price. We also let a recording studio at Bolney.

These are some of the diverse properties handled by us in addition to the more conventional shops, offices, factories, warehouses and land. The management and professional departments were also extremely busy taking on 9 new shops to manage in Uckfield as well as 4 new industrial units. Demand for retail premises throughout the Wealden area remains strong with few retail units available. Generally shops did not remain on the market for long but there were very few freeholds changing hands as so few became available. The legal process did not seem to improve and often when deals were agreed it took many months before a transaction was concluded.

Wel would welcome more instructions from landlords who want to find new tenants as well as existing tenants who want to move. For several Wealden towns we have waiting lists of applicants looking for the right retail premises. It was notable during the course of the year that a number of businesses decided to concentrate on internet retailing rather than trade from a conventional High Street location. This trend continues and will change the look of many of our local High Streets. This pattern is reflected nationally. We welcomes the Government’s recent pledge to review the Business Rating system which is a major factor in deterring potential retailers from acquiring High Street premises.

There was strong competition for the few industrial units that became available. Freeholds often attracted more than one buyer. The Knights Business Centre at the Squires Farm Industrial Estate in Palehouse Common came on stream during the course of the year and there are currently only 2 out of the 15 units still available. Businesses that took space there included a microbrewery from Groombridge, an engineering company from Plumpton, a nuts & bolts/fastenings company relocating in Uckfield, 2 storage & distribution companies who are both local and taking larger premises, and Sussex Stone & Granite from Ninfield who are acquiring 7,000 sq ft with a yard for their new manufacturing plant. Following grant of planning permission Allied Waste are also relocating from Sheffield Park to this development.

After grant of planning permission for reserved matters the Ashdown Business Park at Maresfield now has full detailed planning for 10 individual sites ranging from 1 acre up to 4 acres. Negotiations are already in hand with one company from outside the area who are looking to acquire one of the larger sites for a distribution warehouse. This is one of the gems in our area as it is the only land with detailed planning consent for industrial and office development in North Wealden and represents an excellent opportunity for businesses to acquire their own freehold sites and construct a modern building for their business. We have been appointed sole agents for the marketing of these sites which has its own website at www.ashdownbusinesspark.com. 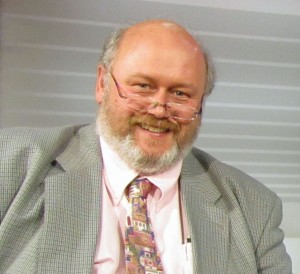 The freehold sales at the Enterprise Centre in Bell Lane, Uckfield over the last year or so have been extremely popular and this is one of the last buildings to be sold. Unlike other units in the Enterprise Centre it faces directly towards Screwfix and has a good frontage to Bell Lane. The car parking, depending on the size of vehicle, could be 4 plus at the front of the building. The current building is divided into 2 small offices and a showroom together with an L-shaped store behind the roller shutter door and some 1st floor accommodation which is part office part storage. It lends itself for a big refurbishment and could have trade counter use. If the sale of this is like the others we do not expect it to be available for very long. 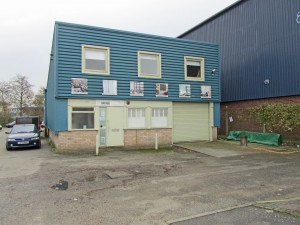 Lawson Commercial are delighted to be supporting the Holy Cross Festival of Christmas Trees event again this year and have decorated their tree for 2014. We did have some trouble with the fairy on top of the tree which proved to be a little heavy for the tree supplied! However it does look very festive and we hope visitors will enjoy it along with the 40 or so other trees filling the church over the weekend. We heartily recommend a visit. It is a wonderful display with so many organisations represented and some very innovative designs and styles of decoration. This Friday evening for late night shopping the churchyard is to be lit by candles with a barbecue running for burgers plus mulled wine. We hope they keep an eye on our fairy. He loves a burger and mulled wine and it could be disaster if he gets any heavier! 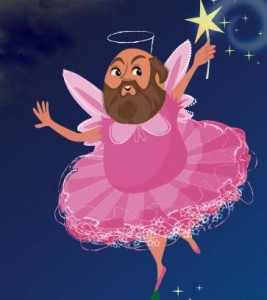 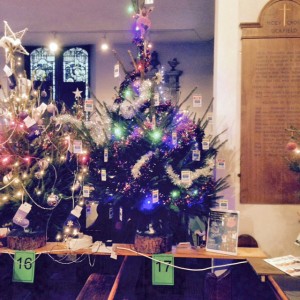 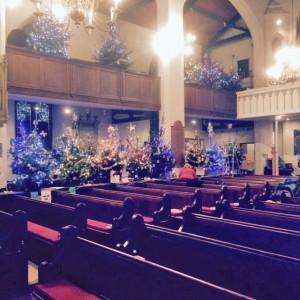 We are pleased to announce that Steve Campbell has joined Lawson Commercial, not as a playmate for the Canine Team, but as a trainee surveyor/negotiator. His job will be to assist various members of the Team. We have become increasingly busy during 2014 on the sales/letting side as well as on the management side where we have gained a number of new properties to manage. We needed another pair of hands to help with the increasing workload in order to maintain the level of personal service to which we are committed. Steve is a local boy, being Uckfield born and bred, so knows the area well and has a degree from Portsmouth University. He is a former member of the Air Training Corp where he reached the position of Flight Sergeant and represented his Squadron as standard bearer on multiple occasions as well as completing a variety of courses in communications, leadership plus ship navigation and map reading so he should have no problem finding his way to the many varied properties on our books even those down small country lanes deep in the wilds of Sussex. We had over 20 applicants for the job following local adverts. Some 15 interviews took place before Steve was appointed the job. Already he has been fully welcomed by the Canine Team and is well on his way to doing his first deal. 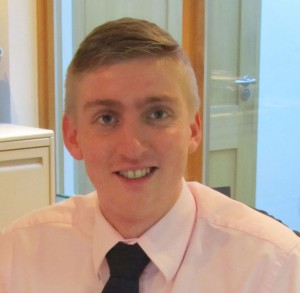