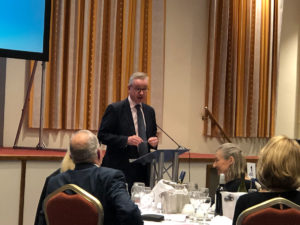 Mr Gove was left in no doubt that those attending were not against House building but thought that government figures for housing targets were wrong in being too high. It was stressed that we did not want Sussex concreted over by bullying house developers. He took a lot of questions and Chris had a brief chat with him making the point that planning applications took too long to be processed & that we also need more business space to provide jobs for all those new residents.

It was a very good evening, well attended, hosted by Lewes MP Marie Caulfield and there was a silent auction & raffle to raise funds. 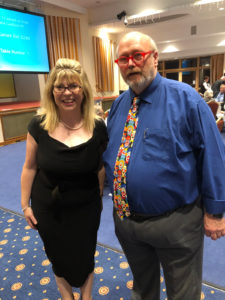